We called him Uncle Fred.

My illustrious uncle from Winnipeg, who actually came to Canada from the old country in Ukraine at the turn of the century, and lived to 103 years of age.

There was not a kinder, more generous man in our family. “Freddy” as we called him would go out of his way to help anyone.

Besides working at a potato chip company — he often gave us kids, boxes of delicious potato chips, which we loved! — he had an amazing background.

Freddy had done it all, at one time he was a professional hockey scout, baseball coach and also an avid photographer.

As a youngster, I remember him telling us to watch out for a First Nations player by the name of Reggie Leach whom he claimed to have scouted.

We didn’t pay any heed, of course. It was just another one of Uncle Fred’s stories.

Well, the rest is history. Reggie Leach, who played for the Broad Street Bullies — the Philadelphia Flyers of Fred Shero fame — would retire after having played 934 career NHL games, scoring 381 goals and 285 assists for 666 points. He would also win a Stanley Cup in 1975 with the Flyers.

And then, there was Tarzan. Yes, Tarzan. The famed movie actor Johnny Weissmuller.

Freddy told us during a jaunt to the US he taught Weissmuller how to swim! It was one of our favourite family stories.

But while we all loved Freddy, in a way he would be the black sheep of the family and I often got into arguments with him over politics. He would take the side of the Soviet Union and me, the American way.

You see, Uncle Fred was a communist. A through-and-through, card-carrying communist.

We had no doubts he was on the RCMP’s watchlist.

He would often hand us brochures which had titles like, “Our friends to the north,” and other commie stuff which we would quickly deep-six.

That did not stop us from visiting with Uncle Fred nor did it affect our deep respect for him. He was a good man and we shall always remember him as such.

But you see, history has repeated itself. I too have become the black sheep of my family.

I’m a separatist. A dyed in the wool, redneck Alberta separatist. Put me in a cage and poke me with a stick. I will hiss and shake the bars.

Yes, that’s me. I want out now. I have had it with Ottawa and its despicable clownish shenanigans.

I honestly see no future for my daughter or the children of my nieces and nephews – not under the catastrophic leadership being offered to us.

While Finance Minister Chrystia Freeland and Justin the Younger are pointing us in a mystical green direction — complete with unicorns and imaginary six-figure eco-jobs — I only see looming disaster.

Every time those two idiots open their mouths, I want to jump off a bridge.

While I probably would settle for a new deal under Confederation, I would rather smash it into a thousand pieces.

First off, let’s get rid of the Mounties.

I won’t trash talk them. They are mostly good dudes who do great work, but we need to get rid of them and start our own Alberta police force.

Ontario has the OPP, Quebec has the QPP. If they can do it, we can too and we can do it better. Think of the jobs that would create.

Friends who bristle at my independence views say we can’t afford it.

Balderdash. If New Zealand can afford one, so can we. It can be done.

The businesses will all leave, just like what happened in Quebec, others say.

No, they won’t. That was a language issue, this is about business and freedom. We have oil, we have resources, we have good universities, we have talented people, we have tourism, agriculture, cattle and more.

There is nothing stopping us from building a new Alberta dream if we put our minds to it.

As in China, we could easily establish Free Trade Zones (FTZs), where companies, both domestic and foreign, could operate with preferential customs and tax rules.

In other words, let’s do everything we can do to attract investors without federal interference.

Oh, and by the way, the first such zone globally was established at Shannon airport in Ireland to encourage trade at this transit location.

Thirdly, let’s build a fast train from Calgary to Edmonton.

While the cost of such a project would be hefty it would spur development along the line, much like what happened in Spain.

Of course, that would require rural Albertans who tend to resist change to think outside the box.

Which brings me to the dreaded sales tax. Independence from the rest of Canada — with, or without the other western provinces and northern territories — would require it.

Keep in mind the dreaded carbon tax would also be axed which would bring some relief to Albertans.

But — and this is awesome — no more transfer payments.

To quote Roberto Durán who, in the 8th round of his epic battle with Sugar Ray Leonard, told the referee, “No más” (No more), not another goddam dollar will go to Quebec.

Those days would be over. And what glory days they would be.

I think it would also be cool to establish a new First Nations university — to tap into the talent and potential of Alberta’s indigenous people.

Also a bigger emphasis on First Nations culture, music, art and history should be part of the curriculum of every school in the province.

It’s time we taught our history, not anybody else’s.

And every child in the school system should tour the Lancaster bomber in their local museum to see what past generations sacrificed to give them freedom.

It would not be easy. I’m not saying autonomy would be.

Nor am I quoting the same three or four so-called economic experts in Alberta that every media does for “expert” reaction.

If we listened to those guys we’d still be in the Stone Age.

It’s time to blow this pop stand, folks. The sooner the better.

Dave Makichuk is a veteran journalist who has worked with both the Calgary Sun and Calgary Herald. 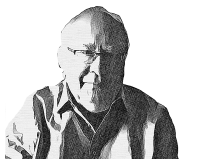