She brought much glory to this country. Canada now shows its gratitude by forbidding her to workout at a gym because she refuses the COVID-19 vaccine.

Tanner isn’t anti-vaccines. At 70, and in excellent health, she trusts her own natural immunity.

But the resistance of Mighty Mouse — nicknamed so in the 1960s because of her small stature and competitive nature — is also based on conclusions from extensive research, coupled with steely determination to fight for her rights.

In a climate where people are condemned, ostracized and punished for asking questions or protecting their bodily autonomy, the inherently shy Tanner boldly protests a mandated experimental vaccine.

“My concern is they’ve taken the freedom of self-autonomy, freedom of choice. It saddens me. I barely recognize Canada,” Tanner told Western Standard.

“I would rather die of the virus than have my rights and freedoms taken away.”

“This is a war against our freedoms. It has nothing to do with the virus. The virus is real and insidious. But the collateral damage is worse than the virus itself.”

Collateral damage is painfully personal for Tanner and her husband John Watt, 72, who split their time living between Niagara Falls, Ont. and White Rock, B.C.

Now this couple wonders if he’ll survive a grape-sized blood clot lodged in his left atrium.

It appeared after he had a Pfizer COVID-19 vaccine on April 4.

“The whole parking lot was full of cars, people lined up. You could tell we were all scared and anxious to get this needle thing, thinking we’re going to die,” recalls Watt.

Ironically, six weeks later he received a call telling him to rush to emergency. A scan taken “a month after the shot” revealed the clot.

“As a cancer survivor I have regular scans. Never have I been diagnosed with a blood clot. I was clear. All of a sudden — clot.”

“I’m a cheery, upbeat guy. It sends you into a depression. Suddenly I’m thinking: ‘Am I going to die tonight? Is this clot going to go into my brain and kill me? Am I going to have a massive heart attack?’ It changes your whole psyche.”

He’s on blood thinners awaiting a November 29 echocardiogram to determine if the clot is reduced or if others formed from the second shot he “nervously” took in June because of his age and health issues.

He believes the elderly and those with compromising health issues should be vaccinated.

“I also support my wife and others who refuse to take it. Can you imagine an Olympic athlete of her caliber and she can’t go to the gym?”

In the 1966 Commonwealth Games in Jamaica, 15-year-old Tanner won seven medals, four gold and three silver. She was the first athlete in history to win a quad gold at any Commonwealth Games. She set two world records in the 220 butterfly and the 440 individual medley.

At the 1967 Pan Am Games in Winnipeg, she won two gold and three silver medals and broke the world record on the 100-metre backstroke.

In the 1968 Olympics in Mexico, she won two silvers and one bronze, three of five Canadian medals won, and set two more records. At age 17 she was the first Canadian female to win an Olympic swimming medal. Bad advice from a rookie coach deprived her of a gold.

Now she can’t go to a movie with her husband who is her “heart and soul.”

Her anger extends to what other Canadians, especially frontline responders “bulldozed” by mandates, are enduring.

“Where are the pot bangers now? Remember the people on the street banging the pots saying: ‘You’re heroes?’”

“The nurses, doctors, first responders, paramedics, everybody else facing that virus before the vaccines came into play, not only are they losing their careers and jobs after they put their lives on the line for us, they’re getting no severance pay, no benefits.”

“Supply chain, truckers, all the people that stock shelves — when you change A, then B, C, D, E are going to change. It’s a chain network. Our lives are in a network of people we depend on.”

The public is at greater risk by not having them do their jobs, she says.

Tanner, who thought it was “terrific” when the vaccines were announced demands honesty about them now.

“What they need to do is give us the facts, everything we need to know about this. There are a lot of misnomers going on. I believe it’s orchestrated to divide us.”

“The vaccines they’re producing, they haven’t done enough experimentation in finding out what are the long-term side effects. I’ve really studied the science…I try to see the whole picture, the truth in everything.”

“They’re pushing these vaccines like they’re the panacea for everything. They’re not. They aren’t considering natural immunity. That’s what angers me.”

She wonders why discussions about natural immunity and alternative treatments are being quashed. And when will enough be enough? How many booster shots will be mandated?

“It’s insulting to our intelligence. I can’t sit and watch it happen because that’s not science.”

She points to the Canadians who fought and died to save us from “tyranny” like this.

“We for so long have been looking out the front door to see an enemy coming in. What’s happening is our rights and freedoms, everything we bravely fought for, and generations before us, they’re being stripped away through the back door. We’re going to wake up one day and wonder what happened to our freedom.”

Tanner and Watt, truly gracious people, only hope that by speaking out, they’ll embolden others to stand strong for their rights.

Slobodian is the Senior Manitoba Columnist for the Western Standard 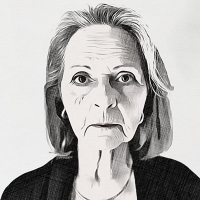 Linda Slobodian is the Senior Manitoba Columnist for the Western Standard based out of Winnipeg. She has been an investigative columnist for the Calgary Herald, Calgary Sun, Edmonton Sun, and Alberta Report.