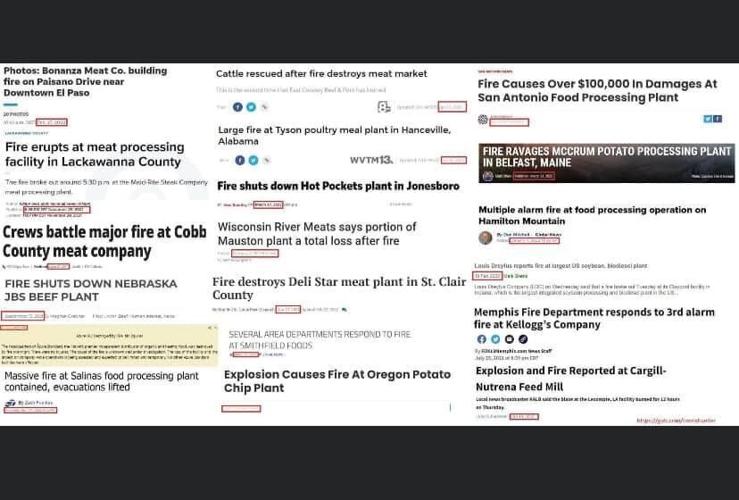 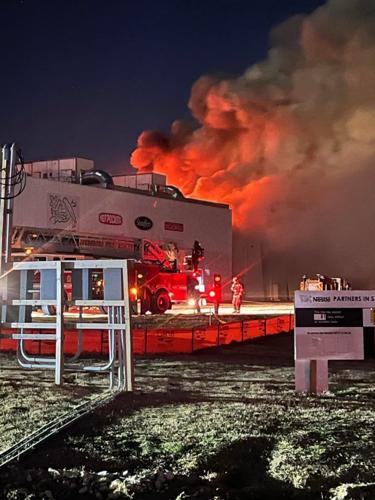 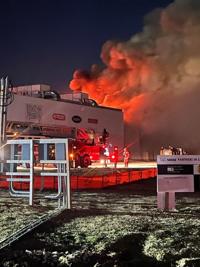 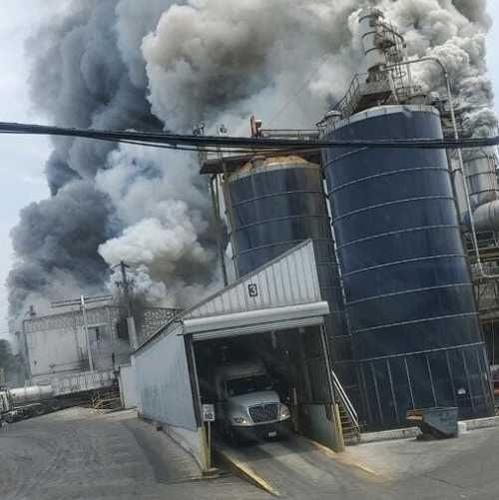 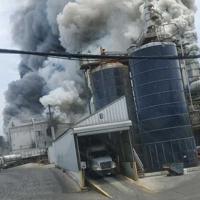 Food shortages have been exacerbated by a string of fires, plane crashes and explosions at nearly two dozen food processing facilities across Canada and the US.

The most recent happened on Thursday in Georgia when a small plane crashed shortly after takeoff into a General Mills plant just east of Atlanta. Two occupants of the plane were killed in the crash, as reported by the New York Post.

A massive fire on Monday night destroyed parts of the Azure Standard Headquarters in Oregon, a company that self-describes as “the USA’s largest independent food distributor.”

The company said, “basically any liquid product,” such as honey, oil, and vinegar, will be out of stock due to the fire, as reported by Vision Times.

The company also said it lost its fruit packing and carob product facility in the blaze, but said the effects will be minimal as fruit harvesting season hasn’t started yet.

That same day, an airplane crashed into Idaho’s Gem State Processing facility — a plant said to process 18,000 acres worth of potatoes each year.  The pilot of the plane did not survive, however, no employees were injured, reportedVision Times.

Investigators did not indicate what caused the fire, reportedABC affiliate WMTW in Portland, Maine.

The frozen foods plant announced its plans for a $100 million expansion last year.

The Penobscot McCrum potato processing facility in Belfast, Maine, was also destroyed by fire in March. Officials believe a deep-fryer was behind the fire, as reported by ABC affiliate WMTW News 8.

In Canada, fire crews and paramedics responded after an explosion at the Centre de valorisation de l’aliment de l’Estrie, an industrial food preparation and processing facility in Sherbrooke, Que. Five people were injured in the March explosion that turned into a major fire.

And, in late March, a fire at the Maricopa Food Pantry, a food bank in Arizona, saw 50,000 pounds worth of food burn up and yet another blaze at the Texas-based Rio Fresh severely damaged the onion processing facility.

In February, a portion of Wisconsin River Meats was destroyed by fire, according to Channel 3000 News. The Mauston-based company said the “old portion” of its plant was a total loss from the fire.

Another fire in February, sparked by a boiler explosion at a potato chip plant south of Hermiston, Ore., sent several people to hospital with minor injuries. The Shearer’s Food plant, as reported by The Oregonian, supplies much of the Western US with potato and corn chips.

A third fire in February caused the Louis Dreyfus Company’s Claypool, Ind., soybean processing and biodiesel plant — the largest fully integrated soybean processing plant in the US — to suspend production. Thankfully no injuries were reported.

A blaze at a poultry processing plant in the Hamilton region of Ontario in January caused extensive damage, but caused no injuries. The multiple-alarm fire, as reported by Global News, will cost millions in repairs.

Firefighters responded to a fire in January at the Cargill-Nutrena plant in Lecompte, La. The fire took more than 12 hours to put out, as reported by KALB-TV, an NBC/CBS/CW-affiliated television station.

A fire in December caused more than $100,000 in damages to a San Antonio food processing plant. KTSA-107.1reported there were no injuries as a result of the fire.

In late November, a fire engulfed the Maid-Rite Steak Co. food processing plant in Lackawanna County, Pennsylvania, as reported by ABC affiliate news station WNEP . The cause of the fire was ruled an accident.

A fire in mid-September at the JBS USA beef processing plant in Grand Island, Neb. halted operations in the facility that typically processes about 6,000 head of cattle daily.

Although the fire damaged a portion of the facility, the company, at the time, released a statement that said the fire did not impact the primary production area, as reported by Reuters.

Another raging fire in August of 2021 severely damaged the Patak Meat Production company in Austell, Ga., as reported by Channel 2 Action News in Atlanta.

According to the company’s customer service department, Patak Meat Production is operating at a “much reduced” capacity, but hopes to complete repairs in the coming months and will then regain full operational capacity.

In July, Firefighters battled a large fire at the River Valley Ingredients plant in Hanceville, Al. The cause of the fire, as reported at the time by NBC affiliate WVTM-TV, was unknown.

Another July fire at the Kellogg factory in Memphis, Tenn. was determined to be an accident and no injuries were reported. Dozens of crews were called in to help fight the fire due to the brutal heat, reportedFox 13 Memphis.

The cause of a fire in April 2021 at the Smithfield Foods plant in Monmouth, Ill., was unknown, according to WGIL-93.7FM in Galesburg.

Although a fire in January 2021 destroyed meat manufacturer and packager Deli Star’s production facility in Fayetteville, Ill., as of February 2022, it has opened a new plant in St. Louis. Longview News-Journal reported in January police did not consider the fire suspicious.

“Any additional disruption to the food industry and the food processing industry will create a ripple effect,” Clement told the Western Standard Friday from Toronto.

“Anything that affects product availability will put upward pressure on food inflation. This is why Canada and the US are seeing skyrocketing prices.”

CCC is an international consumer advocacy group that, among other things, works to reduce industry regulators that lead to “less consumer choice and makes products more expensive,” says the website.

Clement said he doesn’t believe Canadians will “go hungry” but said anything affecting food distribution could potentially reduce product quantity on store shelves and create what he called “shrinkflation.”

He explained shrinkflation is when there is a particular type of food shortage, consumers will pay the same for less of the product.

“An example would be, say if there is a potato shortage, and a 350-gram bag of chips cost you $4. Shrinkflation would see the size of that bag shrink to say 300-grams but you would still pay $4 for it,” said Clement.

Clement said he didn’t know the severity of what has happened with these food producers being affected in Canada and the US, but said anytime there is a “decrease in supply, there is always upward pressure on pricing.”

Melanie Risdon is a reporter with the Western Standard

Melanie Risdon is an Alberta Reporter for the Western Standard and Alberta Report based in the Calgary Headquarters. She has over 20 years’ experience in media at Global News, Rogers and Corus.