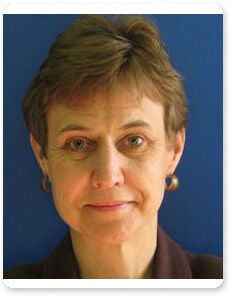 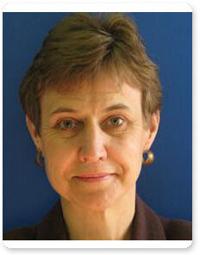 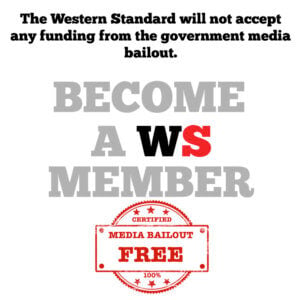 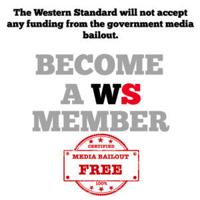 This image has an empty alt attribute; its file name is Join-WS-popup-300x300.jpg

Frances Widdowson is surrounded on all sides.

The Mount Royal University professor is conducting a “crazy” battle against what she calls the new “woke” crowd. She’s being fought by the public, students and even fellow faculty members at the southwest Calgary university because she has voiced opinions they have deemed to be objectionable.

But when things seem to be at their most bleak, Widdowson remembers a quote from the great British war-time hero Winston Churchill.

“Each one hopes that if he feeds the crocodile enough, the crocodile will eat him last. All of them hope that the storm will pass before their turn comes to be devoured,” Churchill said.

“I have been fighting this for 12 years. We are at a time where anytime someone disagrees with something, people feel they should suffer consequences,” said Widdowson.

“I’m now thriving in a strange way. I have reverted into satire. I will fight these people.

“I can’t enter into rational discussion with these people so I will continue to mock (anonymous accounts) them.

“Fighting them is good, because you don’t feel defeated.”

Widdowson said a total of 41 fellow faculty members in various fields are against her. But she’s grateful the leaders of the school haven’t spoken to her at all about her positions.

She admits the fact she is tenured at the university makes it easier to lash out. It would be very difficult to fire her.

Widdowson said the Black Lives Matter movement has “destroyed MRU” and she “doesn’t recognize the institution anymore”, adding professors will “strike” either Tuesday or Wednesday and walk out of classes to make a point about racial inequity.

“You’re supposed to be teaching. That’s your job. You can go on strike to protest police brutality but what does it have to do with you?”

“A ‘woke’ faculty is now in charge. This isn’t going to be good.”

For Widdowson, the latest battle was joined after the Wendy Mesley controversy erupted at CBC in June. The veteran broadcaster was pilloried and suspended after she used the N-word twice during a closed staff meeting to quote the title of a book a potential guest had written.

“It also was revealed that, in September 2019, Mesley had committed the word crime of referring to the title of Pierre Vallières’ book White N….. of America,” said Widdowson in a lengthy interview with the Western Standard.

“In normal times it would have been realized that mentioning someone else’s use of a word is completely different from uttering it yourself, and that even the derogatory word “n…..” can be used non-denotatively without implication by the utterer.

“In the haste to signal virtue in condemning racism, the “woke” are eager to prove their moral purity by punishing completely appropriate actions like those of Wendy Mesley.”

“The most distressing aspect of this story was the grotesque apology that Mesley felt she needed to make.”

Widdowson also blasted Mesley’s colleagues who were quick to pounce on her when blood was in the water.

She also likes to use the term “race hustler.”

“This has been defined as a person who becomes a self-proclaimed spokesperson for a particular racial identity during a perceived incident of racial tension, so that the individual can exploit the situation to serve their own interests,” writes Widdowson, in a yet to be published paper for the September 2020 issue of the Society for Academic Freedom and Scholarship Newsletter.

“The race hustling surrounding Mesley continued at my university when I defended her.”

The issue exploded on June 18 when Widdowson tweeted: “You did nothing wrong @WendyMesleyCBC”.

“I elaborated with the following: “You were using the word in a QUOTE! Shame on CBC for making Mesley grovel’. I then asked “Are we now going to censor Wikipedia?!!!” and attached the relevant entry about “the word” from this source,” she said.

“In all of these posts, I intentionally avoided mentioning the word “n…..” because I was aware of the perfidy of race hustlers. This was until an anonymous twitter account that had lobbied to get me fired a month earlier “innocently” asked: “If the word is so benign, why do you refuse to say it?

“Although I almost never make a reply on twitter (especially to trolls), and I knew I was being set up, I thought that it was important to show the CBC that Mesley had done nothing wrong. I took a deep breath and showed my solidarity with Mesley by mentioning the word in the same way.”

She said her tweet barely caused a ripple, until it was retweeted by an Indigenous member of the faculty at MRU.

The tweet read: “Accordingtothisindigenouscolleague,“[s]tudentsareraisingcritical.awareness [sic] around certain faculty who hide behind academia to spread racist views! No one knows another person’s intent. Focus less on intent and more on outcome.”

What disturbed Widdowson even more was the fact the tweet was “liked” by six other members of the faculty.

“36 professors and other MRU staff and entities expressed their support for what appeared to be an academic mobbing. Over a number of days I was accused of being “anti-Black”, “mak[ing] neo-nazis and white supremacists happy”, “spewing hate”, “us[ing] violent racist slurs”, “outright harassment” and saying that BIPOC students were “less than human”,” she writes.

One colleague even suggested Widdowson had violated the university’s Code of Conduct with the content of her tweets. There were even suggestions offended students should be able to withdraw from her classes, she said.

“Two members of the faculty association executive board also criticized my actions, and one suggested that I should be reported to my employer for using “derogatory language”.

“Students take their lead from the faculty. The faculty gets them all fired up.”

Widdowson then took it up to another level with a tweet that referred to herself as a “C-word.” Our use of quote marks, not hers. She used the full word.

“This action seemed to destabilize the “student-led initiative” of MRU Racial Advocacy, leading the faculty organized Mount Royal Anti-Racism Coalition to spring into action. On August 6, the coalition’s twitter account (@MRUAntiRacism) posted five of my controversial tweets that had been mined over the last year, tagging MRU’s President, the Students’ Association and a local Black Lives Matter group,” she wrote.

“This problem of pandering to race hustling (or to that of any other identity) is also apparent in universities. There is tremendous pressure to appease activists in the hopes that the “storm will pass”.

“Race hustling is a symptom of a wider disease, and it needs to be confronted head on to keep it from metastasizing and destroying the academic character of post-secondary institutions,’ she said.

Widdowson notes every generation of post-secondary educators faced challenges. In the 50’s, it was discussions around religion. In the 60’s, it was the era of McCarthyism.

“The left is being destroyed by ‘wokeism’. They have ten groups all fighting the same thing. There is no commonality on which to start discussions that could lead to change. They are just trying to tear each other apart,” she said.

Widdowson points out the case of Don Cherry, fired Nov. 11 from his job as a commentator on Hockey Night in Canada’s Coach’s Corner, for pointing out he didn’t see immigrants wearing poppies during a drive through downtown Toronto.

“It was politically correct totalitarianism. There was no debate. There were no discussions about what did Don Cherry mean with those comments. They just demanded he be fired,” she said.

“People who agreed (with what Cherry said) were fearful to voice their ideas.

“That’s what universities are supposed to be about, a place to talk about ideas. But now we have university administrations begging faculties to reign in the craziness.

“I’m keeping all my materials in case they come after me. I’m not giving an inch. I will fight them all the way.”

Up next for Widdowson is research into Canada’s residential school history.

“What people don’t realize is that these Indigenous children were able to get an education that normally they wouldn’t have received,” she said adding the term “genocide” to describe residential schools is incorrect.

Widdowson said she knows the baying mobs of Twitter will be back for that one, and she’s ready with a survival list:

Dave Naylor is the News Editor of the Western Standard

Dave Naylor is News Editor & Calgary Bureau Chief of the Western Standard based in the Calgary Headquarters. He served as City Editor of the Calgary Sun & covered Alberta news for nearly 40 years.